In the first years of the last century, Vetrerie di Empoli began to produce artistic glassware for dining, alongside its traditional lines of wine flasks and demijohns; the venture soon became a commercial success, with an unexpected artistic and cultural impact.

In 1935, decades ahead of its time, Vetrerie di Empoli opened branded stores in Rome, Turin and Milan, and the green glass of Empoli began to be seen in many Italian homes.
With the passing of time, the traditional glassware evolved from plain rustic styles to increasingly elegant designs, and additional stores sprang up in Milan, first in Via Pietro Verri and then in the chic central location of via Montenapoleone.

This excellence is guaranteed by the family’s dedication to realizing new and original collections, some even patented internationally, thanks to expertise accumulated over more than a century. 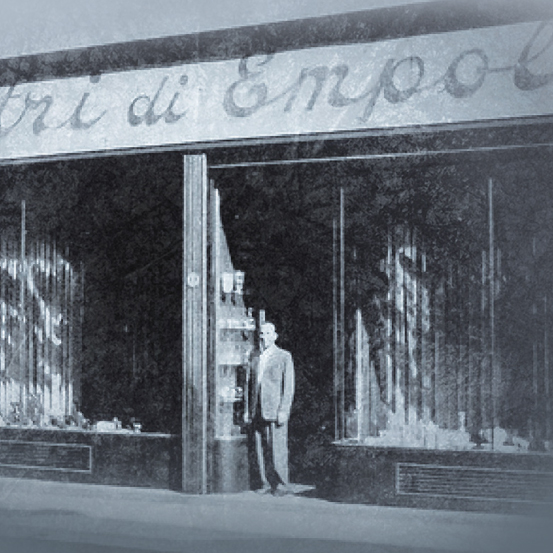